For the first day we went to fields end, a fishery with 2 lakes, the pit and the pool, the pit has bigger fish and more variety whereas the pool has more fish and is normally a fish a cast, it started off slow but we later on started to catch, mostly small but all nice looking fish, the wind made it difficult to cast and pult pellets but we managed to get it done, it also messed with the audio making it awkward with the filming meaning we had to do a commentary over the video.

The second day was at Mepal owned by Cambridge Fish Preservation and Angling Society which didn’t have much wind at all so the audio wasn’t too bad, we again had a slow day but just as we began talking about packing up and I was taking my last sets of pictures my feeder tip jerked pointing at the water, the bait runner screamed and I was in to a fish, it didn’t fight very much in the water so we didn’t think it was very big but we were still happy, however we got a bit of a surprise when I finally managed to get it up near the net, at 11.75 pounds it was my biggest weighed fish and I ended up too pumped full of adrenaline to pick it up which is why the pictures have dad lifting it and me unhooking, playing and calming it, a perfect end to the session in my opinion, so I packed up my feeder, took any last pictures and we started to pack up.

It was pretty typical that when we were trying to make up some videos that we would have some slow days but with that ending its hard to feel disappointed or downhearted, it was definitely worth waking up at 4:30, swapping swims twice and getting stressed about the safety and handling of the fish, a worthwhile feeling most people don’t understand but most fisherman and anglers will. Of course the smaller fish at the pool add up to a worthwhile experience as well and with fish as good looking and calm as them it’s definitely worth the time and effort it takes to catch. It was overall an experience we won’t soon forget and I don’t think our aching muscles will let us for a while and one we will probably have to try again, but maybe not for 2 days my thighs would be screaming.

Fields end is a nice place to go, nice people, good atmosphere and the fish are amazing to look at when on the bank and to watch when topping or swimming in the water, if many fish is what you want then the pool is definitely for you, mostly catching Common and Mirror carp we have also caught Ghost Koi, Asian Carp, Barbel and at the end of Wednesdays session dad caught his first Linear Mirror, however it has also been stocked with Chubb, Ide and Tench. The other lake, the pit, has larger fish and a wider variety with us catching Common and Mirror Carp, Crucian, Tench, Barbel, Perch, Ide, Roach and Rud but has been publicized as stocked with only Common Carp, Mirror Carp, Tench, Crucian, Perch and Roach so there may be even more species in there.

Thanks for reading and I hope to post again soon, see you in the next one. 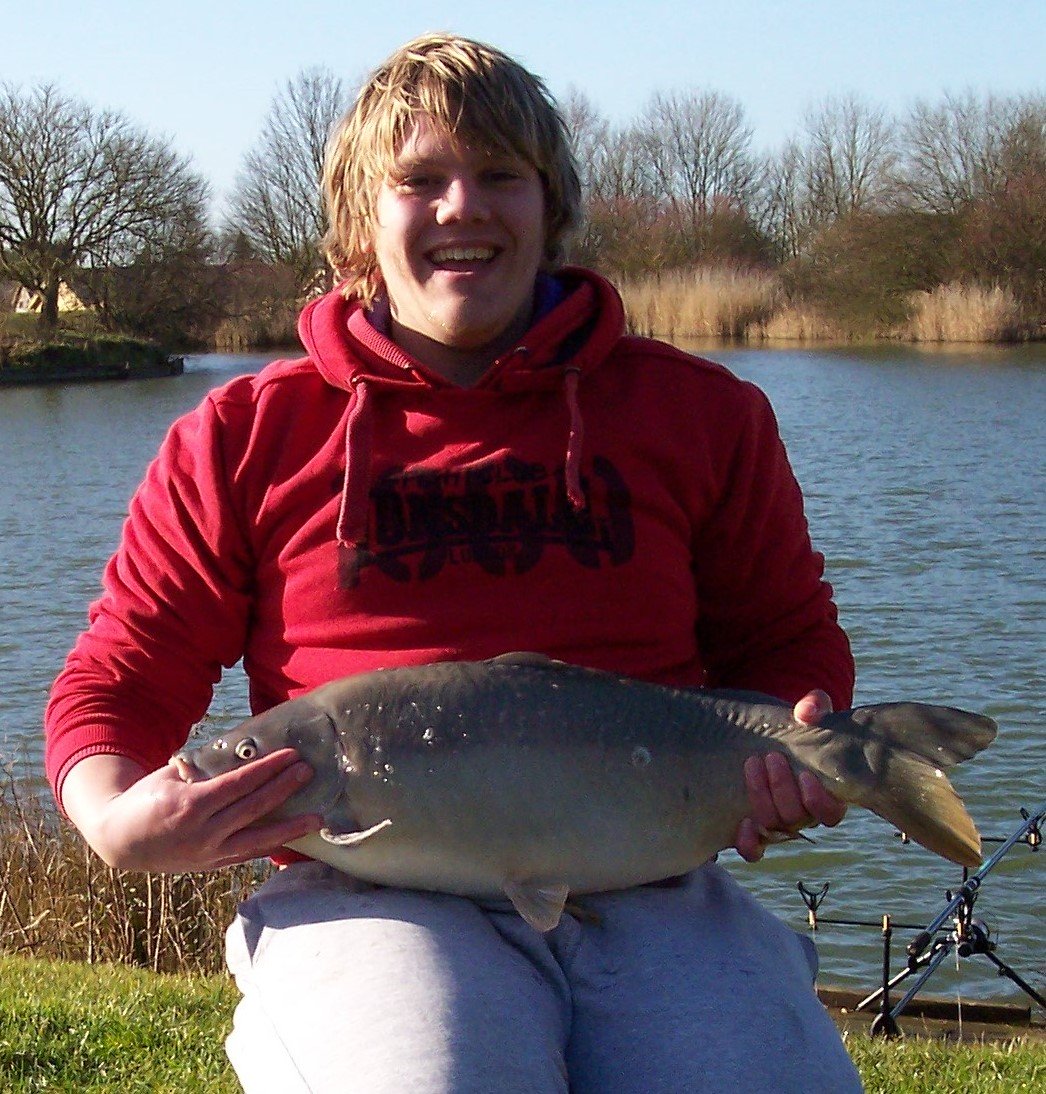 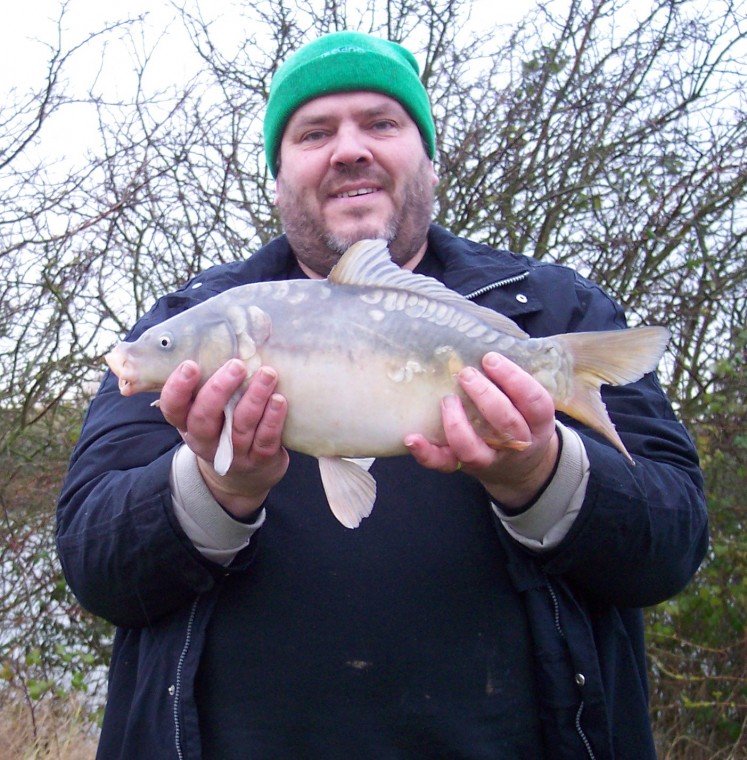 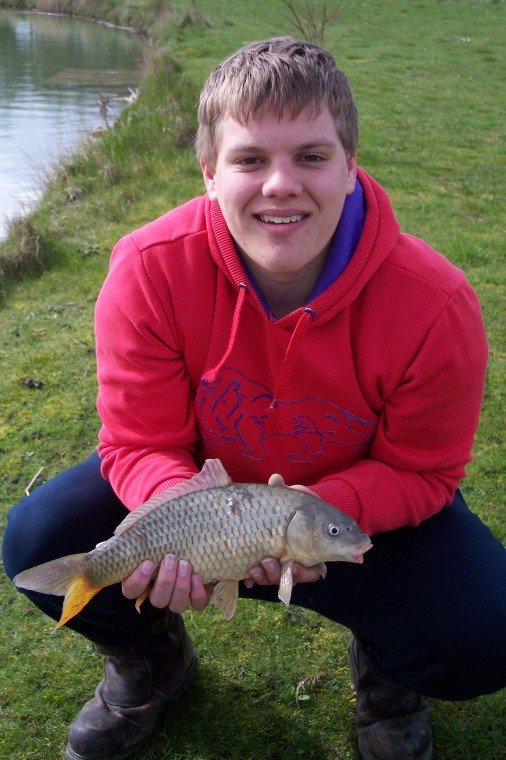 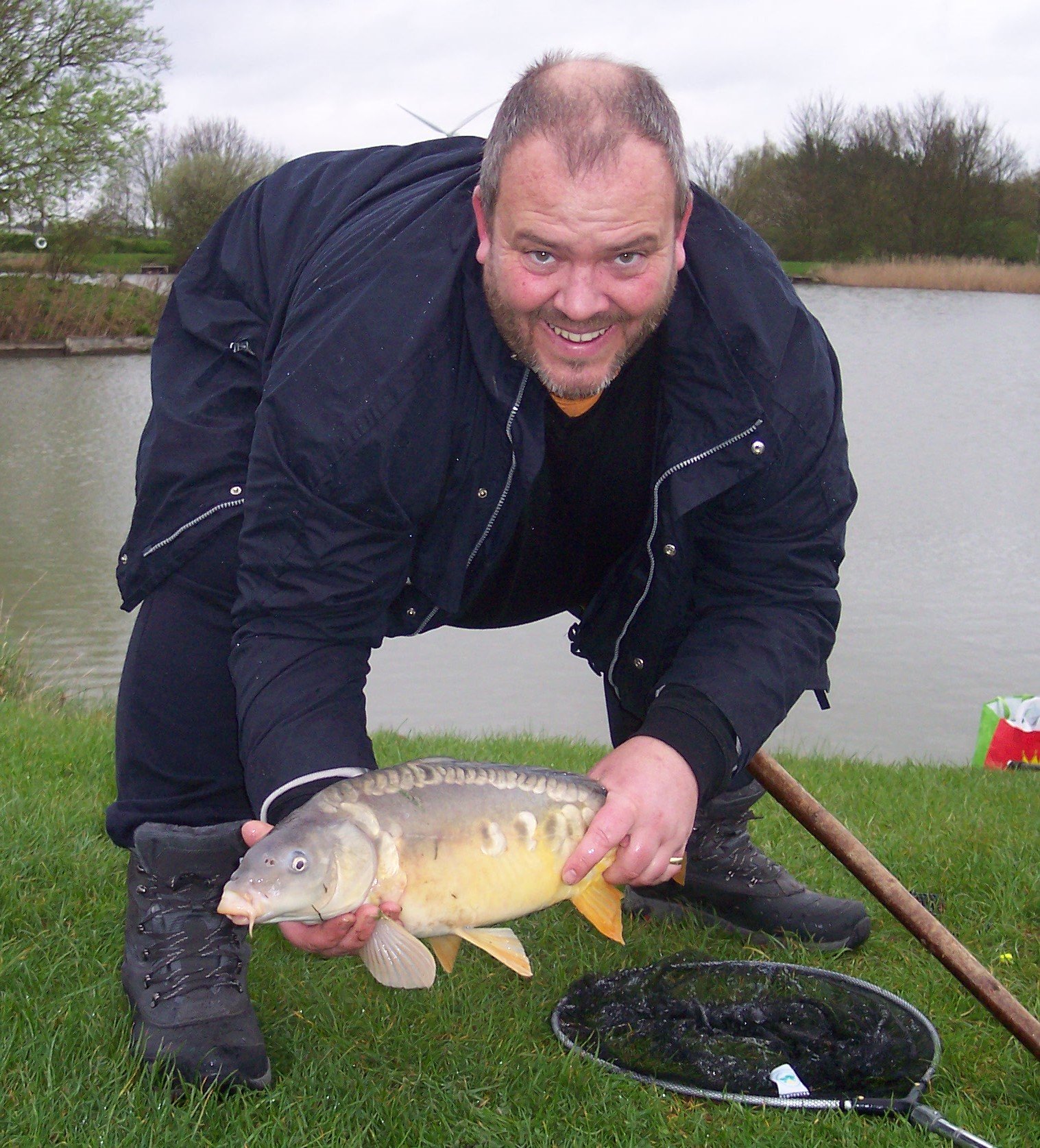